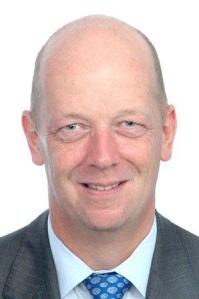 Ambassador Louis W. M. Piët is the Ambassador of the Kingdom of The Netherlands in Sri Lanka and accredited in the Maldives.

His selection of books is rooted in his career as a diplomat. As he says,”Why do I read these books? Actually for the same reason that I became a diplomat: I am interested in other countries, other cultures, in history and society. It helps me in my profession to have a good knowledge and understanding of the country where I live and its people. To understand why Brazil is so different from Egypt and why Egyptians and Sri Lankans, different as they are, have more in common than they may think.Are these books life changing?  No, I can’t remember that. Are they shattering my convictions? Rarely. But they do contribute to my professional and personal growth and that’s the main reason for reading.”

1. “The Island at the Center of the World”, by Russell Shorto. A book about the early history of New York (or better New Amsterdam), and the impact of the Dutch on the development of early American society. The essence of the story that struck me was that Brazil (where I lived at the time of reading the book), the West Indies and Manhattan were all linked through the United West Indian Company, that there was quite an exchange of people and ideas among these colonies and how Dutch fundamental freedoms (of thought, religion, etc.) influenced the formation of early American society, and eventually the American constitution.

2. “Empire Adrift”, by Patrick Wilken. The story about the relocation of the Portuguese Prince Regent’s court from Lisbon to Rio de Janeiro in the early 19th century, under pressure of the Napoleon who was conquering the Iberic peninsula. It deals with the changes in the Brazilian city of Rio de Janeiro (essentially a rural community and slaving station) when the Portuguese Prince, his entire court, government, civil servants, priests, wives, children, etc. (more than 10.000 people)arrived with all their possessions, libraries and treasures. A fundamental change not only for the receiving community, but also for the arriving Europeans that had to adapt to a life in the tropics. An essential part of Brazilian history.

3. “Mr. Selden’s Map of China”, by Timothy Brook. A book revolving around a 17th century map of China, bequeathed by an English lawyer to an Oxford library. Tracing the history of the map the book digs into the history of cartography, the history of China, Chinese trade, law of the sea, colonialism, the VOC and countless other subjects related to the early history of South East Asia.

4. “The Island of a Thousand Mirrors”, by Nayomi Munaweera. A book that tells the story of the civil war in Sri Lanka from the perspective of two families, one Tamil, the other Sinhalese. Having personally seen the beginning of the war in 1983, when we lived here, and being back after the end of the war (from 2011 onwards) the book provided me with the “story from within”. Not the diplomat’s perspective of the war, or one of the many journalists accounts, but how it was perceived, “lived” by Sri Lankan people.

5. “The White Nile” and “The Blue Nile”, both by Alan Moorehead. Two books I read when we were living in Cairo and when I was commuting daily along the banks of the Nile between our house and the office. Classic books about the early ‘discoverers’ of Africa (Stanley, Livingstone, Burton a.o.), looking for the sources of the Nile in the 19th century. Must reads if you want to understand the history of Africa, it’s sheer size and challenges in travelling (particularly in those days), but also Egypt’s relation to Africa.

Born in Vlaardingen, The Netherlands, Mr Piët grew up in Hook of Holland, studied mathematics in Leiden and business administration in Delft. He joined the foreign service in 1981 and was posted in Colombo, Tunis, The Hague, Manila, The Hague, Ouagadougou, The Hague, Cairo, Sao Paulo and now (again) in Colombo.

This entry was posted on December 16, 2014 by artikaaurorabakshi in Interviews and tagged Ambassador Piet, Empire Adrift, Mr Selden's Map of China, Netherlands, Sri Lanka, The Blue Nile, The Island At the Centre of The World, The Island of a Thousand Mirrors, The White Nile.