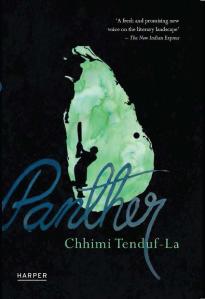 Young Prabu, the boy that Appa is so proud of, loves to play cricket, and follow his father. When his father leaves his mother and the family, Prabu’s life goes topsy turvy. His mother responds to a cold call asking Tamils to serve the community. He does not realize it then, but they have been duped into acting as human shields at a Panther base. Panthers are a breakaway group of separatists fighting for their land; his mother makes good her escape with his sister, and Prabu is left to fend for himself at the camp. His cricket skills attract the attention of the leaders of the party, and he is groomed to take his place in one of the best schools as the poster boy for reconciliation and re-integration of the Tamils into the Sri Lankan society after the bloody civil war. Prabu literally thrusts himself on Indika,a Sinhalese and the best in the school cricket team. The seemingly uncouth, bad English speaking, hairy and smelly Prabu is part of a bigger plan and he hurtles towards the grand finale that the Supreme Leader has planned for him.

Part Tibetan and part English, and residing in Sri Lanka, Chhimi Tenduf-La puts his ‘outsider’ perspective to good use. If his first book The Amazing Racist looked at the inherent prejudices that a white person may face in the Sri Lankan society, then Panther deals with a couple of even more serious themes. In his foreword to the book,the author adds the disclaimers, yet, anyone familiar with the politics of the region would be aware that it closely follows the LTTE struggle and its aftermath. The book however steers away from the politics of the war, and instead focuses on the challenges faced by well meaning and innocent people on both sides of the war. The webs of deceit and betrayal, the struggle to understand, and forgive are well sketched out. And Panther deals with cricket – the subcontinent passion and its politicization and corruption.

Panther has funny moments – the names of the Panther leaders inspired by Charlie Bronson movies, Prabu’s incredibly bad English and quirky characters, yet, there is a heaviness to it that was missing in The Amazing Racist.The boy Prabhu tugs at one’s heart. You can see he is being made fun of, is being ridiculed and manipulated by various people he trusts, and yet, through it all, he never quite loses his innocence and innate goodness. And he is not dumb. ‘I have not said you are racist. I say you look down to me thinking I am a stupid, because I do not know so much the ways of behave in a city. Because I am junglie villager.My English isn’t so good. But you know what? I can speakmy own language of Tamil. Everyone think you are smart,but how much of your own language can you speak?’

Panther is a reaffirmation that even in the most horrible conflicts on our planet,with betrayals from all sides, there is goodness and good faith. That eventually, we may never forget what has happened to us, but we can choose to not be reduced by the events, and create something of infinite value!

Panther is pegged as a Young Adult novel, and it is one of the finest ones in the recent years in this genre. I would definitely recommend it to everyone.

This entry was posted on July 15, 2015 by Preeti Singh in Book Reviews, Fiction and tagged Chhimi Tenduf-La, panthers, srilanka, The Amazing Racist.