Zeeshan Khan is a journalist, currently working in communications with the International Organisation for Migration. He is passionate about history, religions, cultures and languages , and has an active interest in Sufism. Zeeshan is obsessed with overland travel, and his book, Right to Passage, Travels through India, Pakistan and Iran is the sum total of all his passions!

Here Zeeshan Khan tells us about his journey! 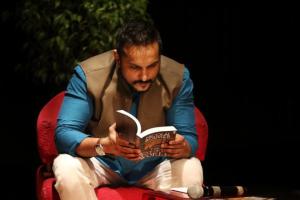 tgbc: What prompted Right to Passage?
ZK: The idea for the journey first came to me when I was about 20 and at University, attending a class in Human Geography (I was an anthropology major originally). There was a map on the wall and the professor was telling us about migrations in Eurasia. I thought, ‘well its the same world and the same path, what would it be like to follow those routes?’ 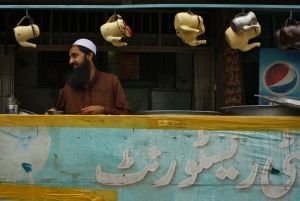 The idea was shelved for years, at 26 I thought about doing it again, but didn’t have the money and its good I didn’t because at the time writing a book was not on my mind.

So what prompted me to write the book? I’m a fan of history and anthropology and of religions, but find books on these subjects sometimes dense or too academic, creating a distance between the lived experience and the intellectual context. I wanted to bring the history and the anthropology to pedestrian level almost, to make it something one encounters along the road, because that’s what it really is. All of these subjects are just about us, people on earth, and i wanted to write a book that would feel that way. I also wanted to capture the feeling of continuity between cultures and terrestrial space. Too often, we’re used to thinking of people and places as ‘others’. But where exactly is the line between this place and that place, or this culture and that?

tgbc: How did you make your itinerary?
ZK: The places were selected because of their relevance in the histories I’ve been taught, and because of their role as markers along a route that was expected to reveal the continuity of cultures. I consciously traced a line through historical places that are connected to each other, and to myself.

tgbc: What were the new insights and perceptions that shifted in your travels?
ZK: Loads. Especially about Iran and Pakistan. Both were more familiar than expected, and Iran was a much softer and happier place than I had imagined it would be. The similarities in temperament between South Asians and Iranians was also a very enjoyable new experience. My perceptions about Iran’s relationship with Islam also changed dramatically as I discovered how tensions still remain between an older Persian civilisation and an Arabised Islamic one. I also enjoyed discovering how Iranians are as enamoured of India as Indians, especially Muslim Indians, are of Iran. the Aryan question is also addressed differently in Iran. The superior station afforded both Farsi and notions of Aryan purity in India, have no equivalent in Iran, not to that extent anyway. Pakistan was also a much more fraternal place than i thought it would have been, fraternal to both India and Bangladesh. 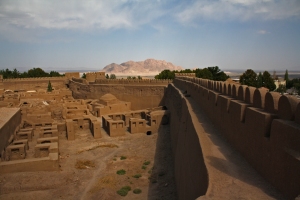 tgbc: Foods that you discovered?
ZK: In Pakistan, I loved the Afghani/ Pushtun food I discovered in Quetta, which i describe in the book. I also enjoyed the surprisingly large selection of vegetarian options in Lahori cooking, and some of their daals are delicious too. In Iran I was introduced to Fessenjun and another dish with barley the name of which i can’t remember. Iranian bread is also very good, and an Iranian breakfast, of cheese, olives, honey and bread is very tasty. Iranian nougat, called Gaz, is the best nougat in the world, hands down.

tgbc: Your fondest memories!
ZK: My fondest memories – hard to pinpoint. The entire journey was an adventure and all the experiences were magical. In India, a conversation with Arvind Mahajan at Patna Museum was a very memorable one, and the ride to Rajgir in an auto was enchanting. I enjoyed discovered the fabled Nalanda and Taxila Universities too. Wagah border was also quite the experience. In Pakistan the ride to Peshawar and the day trip there was fascinating. Quetta was a wonderful experience for its bare and basic, yet beautiful living. In Iran, the hospitality of Iranians and the exceptional treatment I received in Kerman, Isfahan and Shush, all described in the book, are things I can never fully do justice to in words. Being in Shiraz at Hafez’s tomb, during Hafez Day, was also a uniquely enlightening experience.

tgbc: What did not quite find favor with you in your travels?
ZK: I cant say there were many things I didn’t find favor with. Pakistan’s terrible railway system and the fact that the land border between Iran and Pakistan was closed due to a terrorist attack were things that were upsetting. In Iran the language issue became a little tedious at times.

tgbc: I notice that you ‘sort’ of gloss over the politics of each country. Was that deliberate?
ZK: I mention the political context in several places, along with the political history, and also keep current affairs in focus, but yes, I consciously avoided some of the more granular and immediate political conversations. I felt these would take away from the sort of timeless, fenceless appeal i was going for.

tgbc: How much did the trip cost you?
ZK: I didn’t have a hard budget for the trip, I assumed it would cost between 5 and 7,000 USD all told including air ticket back, and ended up costing around that. Perhaps about 8. 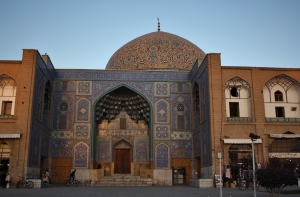 tgbc: Advice to those who might want to undertake such a trip.
ZK: I’d advice everyone to attempt this or other overland, multi-country routes because of what it teaches one about distance, people, dependency, hardship, continuity and other things that can never be learnt any other way. I would also recommend planning less and letting the road direct you.

tgbc: How long did it take you to write the book?
ZK: It took me about 3.5 yrs to write the book. This is mostly because its very research intensive and also because I was working full time as a journalist during part of that time. There were also tragic personal circumstances that took my attention away from writing for a while. If I did it again. realistically, it could have taken a little over 2.