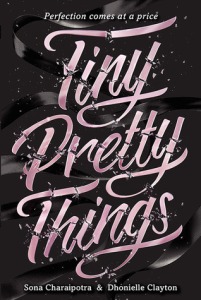 Delve in the lives of Beautiful Ballerinas

The first of a series of two for teens, the book takes you through the world of prima ballerinas, dance companies and an elite ballet school. The American Ballet Company is described through the eyes of its senior dancers and key characters giving you an honest, open, personal story line to the world of ballet, the pressure faced and most importantly the importance of success which drives the novel.

With constant themes recurring such as the mention of butterflies to signify the movement and freedom of a ballerina to jealousy, the ruiner of relationships we watch as casting lists turn friends into foe and dancers into serial plotters of catastrophe. The narratives are so well written that we have an in depth perception about how characters feel about others and also different views on the same plot twists at the prestigious ballet school.

The theme of Romance plays an important part between the best ballerinas and ballerinos in the school and the dancers of different ethnicities and the novel is rampant with taboo relationships and spine tingling secret rendezvous. The authors deal with raw and current topics such as the issue a black American ballerina faces in the world of pristine ballet and they also shows how Asian decent ballerinas fight their cultural requirements to follow their hearts calling.

The novel portrays the raw and dark side of ballet from disputes, deliberately plotted injuries and extreme warnings and how ballerinas face the harsh reality of injuries, replacement, rejection from both their teachers and loved ones and the sacrifice of a normal life to step into the prestigious spotlight. Charaipotra and Clayton use their background cleverly to bring out the drama filled lives of the star students and make them the most likable loathed characters relatable to everyday life.

The book is fast-paced, graphically penned and is realistically written to make readers both in their teens or older generations connect with each character leaving you to sink deeper into the story and crave more of it to connect all the dots in the devious plots set out by the characters themselves.

Both Charaipotra and Clayton are smart in revealing just the right details and not giving you complete closure to the series making you want to get to the next book right away. With Delicious Drama and Backstabbing Blackmailing Ballerinas, Pretty Little Things is the ultimate read for someone who wants to discover the thrills and romances of teenagers trapped in the illuminated, fierce world of Ballet.

Starting her career in the IT industry, originally as a Business Consultant at Virtusa, Yusra Aziz-Eliyas left the industry due to family commitments and didn’t return to the traditional work system as she wanted to take care of her children. She saw a need to ‘Empower Sri Lankans’ and ‘Empower Sri Lankan Women’ by creating the largest independent workforce across the island and founded PODI JOBS- Sri Lanka’s First Freelance Platform which has Social Good baked into it, by using proceeds to Empower Women and Girls.

One comment on “Tiny Pretty Things by Sona Charaipotra and Dhonielle Clayton; reviewed by Yusra Aziz-Eliyas”