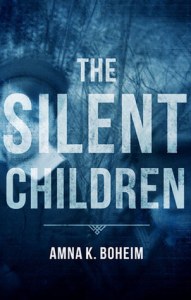 Annabel Albrecht Himmelhofgasse
15, Ober St. Veit,
Wien 18th
August 2004
Dearest Max,
I am writing to inform you that I am dying. The doctors, however, cannot tell me how long I have left –whether it’s a week or a month or a year.
Reflection is something that comes naturally as one’s life comes to an end. I have thought a great deal about your long-gone father and brother –and, of course, I have been thinking of you. The reality is that I love you and always have done –you are, after all, my son.
I recognise that in your eyes, I may not have been the best of mothers, and I know our last argument was particularly heated. But there are two things I want to ask of you –dying wishes, if you want to be sentimental about it. The first is for you to visit me so that I have the chance to explain everything. At the very least, please call me. The second is that I need your help. Enclosed is an old photograph taken just before the war. I remember the boy in the picture. I must find out if he is still alive. He has some information –a missing link –that I think will help reinforce my story.
I’m not asking for sympathy or forgiveness. But I would like to hear your voice –better still, to see you one last time –so at least I can explain.
Yours,
Mama…

The letter the protagonist Max receives, heightens the intrigue. Who was the boy and what became of him? By the time Max decides to make amends with his mother and hear her story, it’s already too late. He must find the “missing link” and complete the puzzle. In the process, not only does he encounter horror, he also finds himself at a juncture where he must choose between upholding his family’s honour and personal redemption.

Just when I thought I had read all that there was to read about World War 2, comes Amna K. Boheim’s The Silent Children. The story is set in the present time, but moves moves back and forth from the 1930s-1940s. Amongst the hundreds and thousands of casualties of the war, were many children; some who lost their homes, some who lost their families and many who lost their lives. This debut novel throws light on the darker side of the war; the stories that got lost between the pages of history books and the souls that have still not found peace.

Yes, you’ve got it right! This is a modern day ghost story. In her debut novel, Amna K. Boheim manages to pique the interest of the reader, even though her main protagonist Max fails to impress. The plot is intriguing, though the narrative feels stretched, especially when it concerns Max. However, credit goes to the author for staying away from the clichéd WW2 story lines and coming up with an unusual idea. Though the characters lack depth and fail to connect with the readers, the paranormal scenes are handled very deftly, adding to the chilling reading experience.

Not a literary marvel, but definitely a gripping page-turner!

This entry was posted on August 22, 2016 by artikaaurorabakshi in Book Reviews, Contemporary, Fiction and tagged Amna K. Boheim, The Silent Children.